I used to teach a Freshman Seminar about Skepticism and science, and one of the classes that always blew the kids away was a discussion of how much of what was on TV as nature/science was actually staged BS.

CBC recently ran an expose on this, in which the first half was devoted to showing examples of just how much of that lovely nature photography is fake. (Probably my favorite was the “Man vs Wild” clip in which the wild mustang that was “tamed”….had horse shoes.)

Hopefully, most people realize the lemming scene in the Disney epic was faked. (And the CBC turned up the additional detail of just how they were launched over the cliff by a spinning turntable–ugh.) 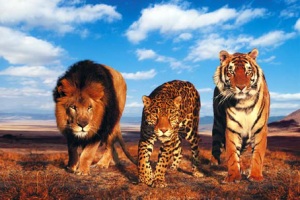 But did you also know that Marty Stouffer had very dirty hands? Some of those great Wild America shots involved tethered prey animals. Wild Kingdom and Marlin Perkins also did a great deal of fakery. The Discovery program “Living with Tigers” is another example of fraud.

Everything is pretty, the narrative is simple, and there are lots of money shots. It’s close up, sped up, and set to music. There is always a climax to the story.

I have students showing up at the university that love the environment…but don’t want to go outside.
It’s hot! There are bugs and mud! And why aren’t any cool big animals doing interesting things? Everything just lies around.

On the one hand, good that people are interested, good that it allows those in urban areas to learn about and value the natural environment and other parts of the world.

Being outside is about Calm. Contemplation. Quiet.
Stillness and silence are not what television is about.