Shiny, Purple Insects will Blow Your Mind with Awesome

It’s been a while since I’ve written about Cuckoo Wasps (or Cuckoo Bees, or Jewel Wasps, as they are also sometimes called). These wasps are brilliantly metallic with an exoskeleton that looks like it’s been bedazzled. I just discovered an amazing series of photos of these most lovely of insects: 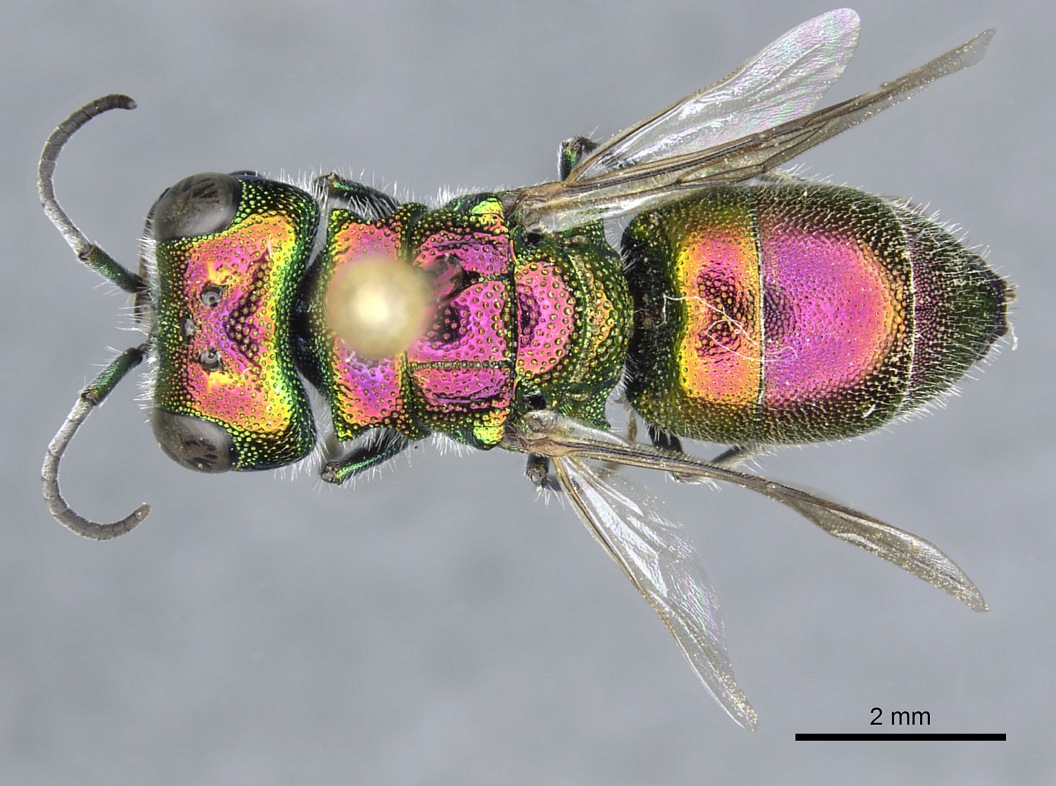 Note the 2mm scale in the photo. These are tiny bits of wonderful.  More about Chrysids from the source of these photos:

“Chrysidids are either parasitoids or cleptoparasites – baby chrysidids devour the egg or larval form of a host insect to grow, or they hatch within the nest of another insect, kill the young, and eat the food stores that the host mother provided for her own offspring….
Some species are parasitoids, but most are cleptoparasites on wasps and solitary bees, and sometimes on lepidopterans (moths and butterflies). The egg is typically laid in the host nest before the parent and/or caretakers have finished provisioning it with food. The newly-hatched chrysidine larva kills the egg or host larva and nourishes itself on the provisions. This behavior is why they are called ‘cuckoos’, due to its similarity to the behavior of some cuckoo birds.”

Shiny little internal killers with a life history worthy of Alien.  The world is more amazing than we can know, if we just look closely enough.

Additional series of photos of a blue (and red and orange!) species

Click on any of these photos for more info about the wasps and bigger images!